We Hear You ­– A Climate Archive 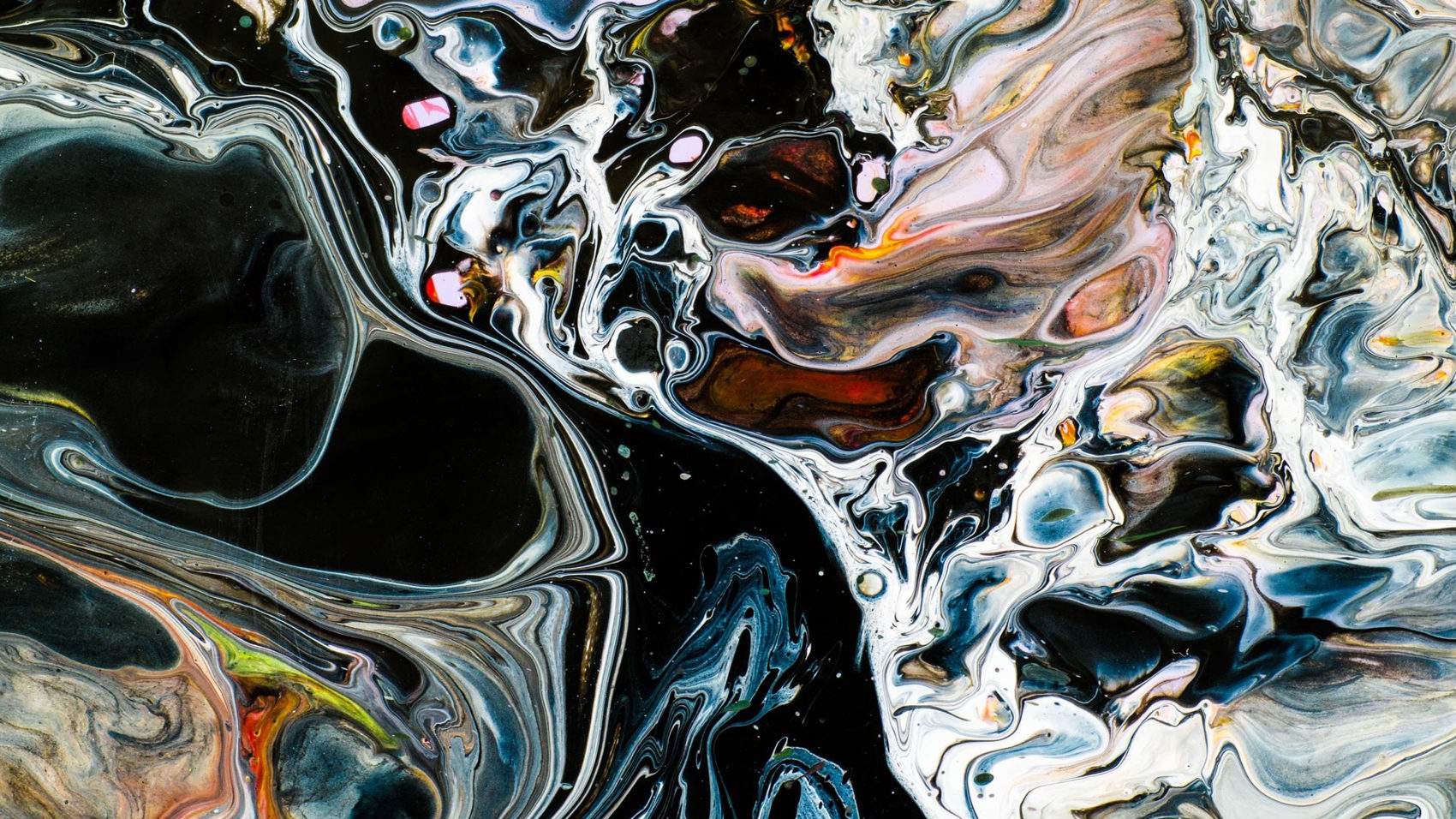 The Earth Commons—Georgetown University’s Institute for Environment and Sustainability

The Embassy of Sweden in Washington, DC

The Laboratory for Global Performance and Politics

Dramaten, The Earth Commons–Georgetown University´s Institute for Environment and Sustainability, The Embassy of Sweden in Washington, DC and The Laboratory for Global Performance and Politics launch We Hear You–A Climate Archive.

[Washington, DC, February 15, 2022]—Dramaten (The Royal Dramatic Theatre of Sweden), The Earth Commons—Georgetown University’s Institute for Environment and Sustainability, The Embassy of Sweden in Washington, DC, and The Laboratory for Global Performance and Politics announce the launch of We Hear You—A Climate Archive, co-conceived by Caitlin Nasema Cassidy and Jacob Hirdwall.

Inspired by Greta Thunberg’s urgent question “Can you hear me?,” this project seeks to amplify—and to record for future generations—the ways that today’s young people are experiencing changes in the fundamental forces of the earth. We Hear You—A Climate Archive will include a two-year series of curated international performance and the launch of a digital platform for global climate storytelling. In addition to these public programs, the project will also include curricular engagement with students at Georgetown University.

The performance series will officially launch with an evening of climate storytelling on Friday, March 18 from 7-8PM at the COAL + ICE exhibition presented by the John F. Kennedy Center for the Performing Arts and Asia Society. An ensemble of DC-area youth artists and activists will present an original performance weaving their own experiences with the words of Greta Thunberg. Reserve tickets to the performance here.

Following its launch in DC, We Hear You—A Climate Archive will commission 77 additional stories from young people around the world. These commissions will inform the launch of a digital platform for global climate storytelling, as well as a multi-year international curated performance series, culminating in a performance at Dramaten directed by Jacob Hirdwall.

“It is fantastic to have such a great international project on this topic and to be part of a platform for young voices. The strength of the climate movement lies in global cooperation and Dramaten looks forward to being part of A Climate Archive", says Mattias Andersson, theatre manager and artistic director of Dramaten.

“Greta Thunberg's small book with big words, No One Is Too Small To Make A Difference, really shook me,” says Hirdwall. “Her rhetorical question ‘Can you hear me?’ made us here at Dramaten want to answer that with yes, ‘we hear you.’ We are now beginning the work on collecting responses from young people around the world. I think it will be a story that is not mainly about statistics and figures, but rather about how it feels: this climate crisis we are in the middle of right now. The fact that we are on the brink of destroying this planet. We aim to bring these stories back to Dramaten.”

“Back in January 2020, I saw the performance We Hear You—Greta Thunbergs Tal at Dramaten in Stockholm,” says Helene Larsson Pousette, Swedish Counselor for Cultural Affairs at the Embassy of Sweden in Washington, DC. “The performance, which was based on Swedish climate activist Greta Thunberg’s international speeches, had a profound impact on me. As Cultural Counselor at the Embassy of Sweden, this is one of the most important projects I have brought with me to Washington, DC. We all need to take responsibility for climate issues and join and support young people across the world to increase the global ambition for climate justice.”

“We need stories about what we love and stand to lose,” says Cassidy. “In this time of global crises, I know I need stories that deliver joy, that offer me ways to root in wisdom and move forward in hope. We Hear You—A Climate Archive is asking: How can we hear the young folx—the artists and activists doing the work of imagining more liveable futures? What can we learn from them—from one another?”

“This project is a call to listen to the young folx doing the hard work of imagining more liveable futures,” says Cassidy. “In this time of global crises, I am seeking stories that deliver joy, that offer me ways to root in wisdom and move forward in hope. We Hear You—A Climate Archive is asking: How are our young artists and activists experiencing the chaos of the capitalocene? What can we learn from their stories?”

We Hear You—A Climate Archive is a collaboration between Dramaten (The Royal Dramatic Theatre of Sweden), The Earth Commons—Georgetown University’s Institute for Environment and Sustainability, The Embassy of Sweden in Washington, DC, and The Laboratory for Global Performance and Politics. We Hear You—A Climate Archive is co-conceived by Caitlin Nasema Cassidy and Jacob Hirdwall. Additional support for this project is provided by the Swedish Arts Council.

We Hear You—A Climate Archive grows from the performance We Hear You—Greta Thunbergs Tal, originally presented at Sweden’s Royal Dramatic Theatre in Stockholm on January 31, 2020. Staged by Jacob Hirdwall and Ada Berger, this performance drew on the texts of Greta’s speeches collected in No One Is Too Small To Make a Difference(Penguin, 2019).

Wijdan Al Khateeb (she/her, Producer) is a Palestinian producer based in Doha, Qatar. She earned her BS in Media Industries and Technology at Northwestern University in Qatar and is currently pursuing a MA in Women, Society, and Development at Hamad Bin Khalifa University in Qatar. Her work and research focus on Palestinian women. As a producer, she has worked on The NU-Q Creative Media Festival, as well as award-winning films Tick Tock and Refuge, both of which premiered at Ajyal Film Festival. Wijdan served as Project Specialist for The Supreme Committee for Delivery & Legacy/FIFA World Cup Qatar 2022 and as Creative Media Intern with Qatar Foundation. In addition to producing, she currently works for Qatar Foundation in the Community Development Department as Marketing Coordinator.

Caitlin Nasema Cassidy (she/her, Project Director) is a theatremaker of Syrian-Lebanese and Irish descent based in NYC. She serves as Artistic Producer of the Youmein Festival in Morocco and NU-Q Creative Media Festival in Qatar, as well as Founding Co-Artistic Director of LubDub Theatre Company. Caitlin is the 2022-23Artist-in-Residence of The Earth Commons—Georgetown University’s Institute for Environment and Sustainability and was an inaugural Fellow of the Lab for Global Performance and Politics and Edinburgh Institute for International Cultural Affairs. Performance credits include NY Times Critic's Pick Pay No Attention to the Girl with Obie Award winning Target Margin, the world premiere of Paradise at Central Square Theatre for which she received the 2018 Elliot Norton Award for Outstanding Actress, and The Vagrant Trilogy at The Public Theater. Caitlin has developed work with The Orchard Project NYC Greenhouse, Page 73, NYTW, Ars Nova, Atlantic Theater Company, Long Wharf, UNESCO World Theatre Conference, and more. CaitlinNasemaCassidy.com

Jacob Hirdwall (he/him, Project Dramatist) dramaturge/playwright, he has for The Royal Dramatic Theatre in Stockholm staged Paralysie générale! (2004-17), Emperor Fukushima (2011), What Is Politics (2012), Another Country (2012), Requiem for an Activist (2012) and We Hear You—Greta Thunberg’s Speeches (2020). On behalf of Swedish Radio he has directed his own play Emperor Fukushima (2011), Kristian Lundberg´s The Yard (2012) and Anita Goldman's If I Have To Travel To Los Alamos (2014). Jacob is the artistic director of Ensembleverket and has with that group staged There Is Someone Sitting On the Wing (2010) and the play The Undiscovered Country (2013, also performed in Reykjavik and in New York). He has written and directed the trilogy Landscape With Winter-birds(2015), Sleepwalking In The Nether World (2016, New York 2019), People Who Disappear (The City Theatre of Stockholm, 2018). In 2019, Jacob made his debut as an author with the novel Picnic At The End Of the Road. Jacob was during 2017-2020 head of The Bergman Studio - a workplace for drama-development.

Afsoon Pajoufar (she/her, Designer) is a NYC based designer of stage and environment for play, opera, and live performance. Afsoon’s artistic practice is often focused on the intersection of space and new technologies including XR and live video. Her works have been presented in venues and festivals including Theatre for a New Audience, Brooklyn Academy of Music (BAM), New Ohio Theatre, Bard Fisher Center, HARVARD TDM, MIT, KITCHEN THEATRE, and PRELUDE festival.  She received her MFA in Scene design from Boston University and is a proud member of USA829. afsoonpajoufar.com/

Swedian Lie (he/him, Designer) is a creative consultant and designer based in Indonesia. He is Co-Founder and Creative Director of Zero One Digital, a holistic branding and digital marketing agency focused on cohesive brand building & storytelling, and VP of Creative at Zero One Group, an integrated technology services company that provides personalized solutions to even the most challenging business problems. He has worked as a scenic designer with Rorschach Theatre, Georgetown University, and Jakarta Players, and as a graphic designer with LubDub Theatre Co., the John F. Kennedy Center for the Performing Arts, and Studio Theatre, among others. With nearly a decade of experience in branding, digital marketing, advertising, and theatre design, Swedian brings strategic knowledge and design expertise to projects requiring in-depth interdisciplinary practice and international collaboration.

Dramaten/The Royal Dramatic Theater is Sweden's national stage and the host of the International Ingmar Bergman Festival. The CEO is Maria Groop Russel. As of March 1, 2020, Mattias Andersson is the artistic director. dramaten.se/en

The Laboratory for Global Performance and Politics is a joint initiative of Georgetown University’s School of Foreign Service and Georgetown College that humanizes global politics through performance. With highly visible national and global productions, partnerships, and initiatives, The Lab amplifies rarely heard voices, and presents pressing societal challenges of our day by engaging with artists and their stories. globallab.georgetown.edu

Additional collaborators will be announced at a later date.